BLOG for The VT Greenprint for Health

In Part 1: Counting What Counts, I claimed that the entrenchedness that prevents us from starting from what we want, rather than from what (we think) we’re trapped in, is “fractal.” It is.

If you agree the US 2020 carbon target shows the need for a cumulative carbon budget that’s accountable to the amount of carbon dioxide we want in the atmosphere, you’ll savor the added twist of the California target we’re going to look at in this post.

The Do the Math campaign compares the global carbon budget with the fossil carbon pools (reserves of fossil fuels) already on the books around the world. The point of the comparison is that we have a lot more fossil carbon than we can burn, given our commitment to avoid dangerous interference with the climate system.

Let’s have a look at what happens when we don’t use a cumulative carbon budget and instead try to compare the size of a newly “added” fossil carbon pool to the size of estimated emissions reductions. It’s an interesting and clear example of the perils of the entrenched carbon emissions vantage point, that of “emissions reduction targets.”

California has determined a projected “baseline” 507 million metric tons of carbon dioxide equivalent (507 MMtCO2e) for 2020. Meanwhile, California law calls for emissions to be reduced to 427 MMtCO2e, by 2020 (this is equivalent to the estimated 1990 California emissions). The “challenge,” according to this vantage point, is one of closing an 80 MMtCO2e “gap.” Meanwhile, a huge “new” pool of carbon has been deemed recoverable under the surface of California: 15 billion barrels of shale oil. Our “507 minus 427” vantage point might tempt us to gauge the size of this carbon pool in terms of the gap to be closed and lead us to conclude that adding that carbon pool to the atmosphere is equivalent to delaying implementing our 2020 target by 80 years. (15 billion barrels ≈ 6.4 billion tons of CO2; 6.4 billion / 80 million = 80 “years.”)

Our vantage point and frame of comparison make it seem as though the California oil wouldn’t be AS big an extra amount of carbon, if only we were emitting more in 2020… 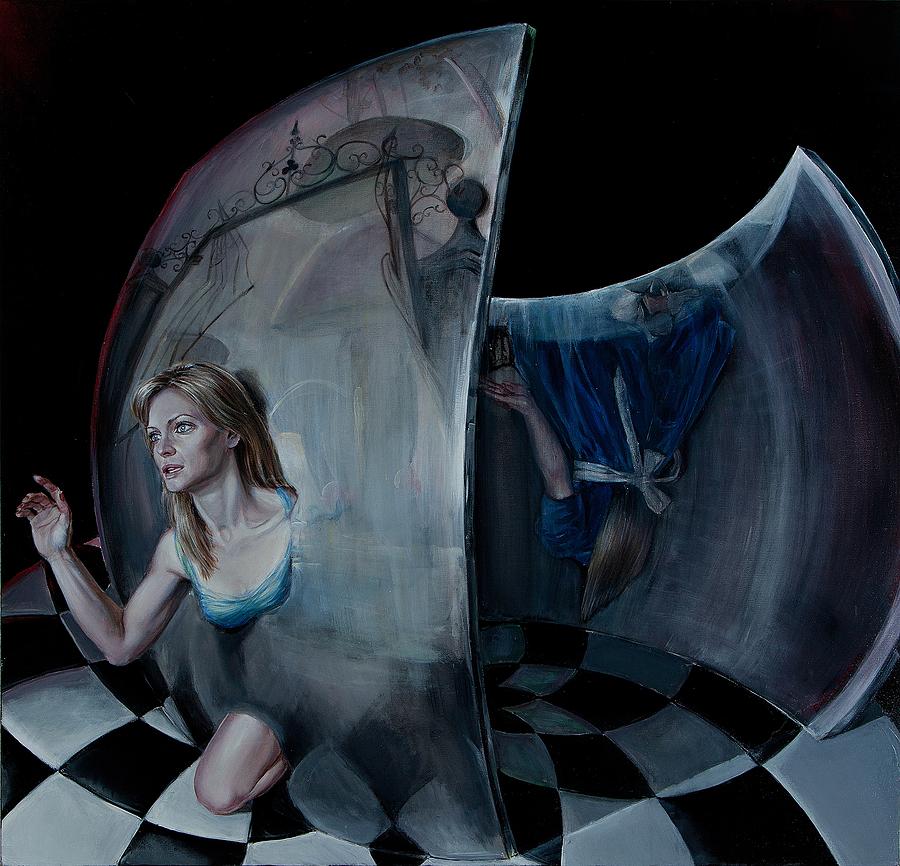 Meanwhile, in the real world, the oil would of course loom even larger in that case, because of the tougher place from where we’re starting.

Once again, the tougher our challenge, the less of a problem the oil seems to be, even though, in reality, the oil is instead more of a problem, the greater our 2020 ambitions.

The entrenched view that starts from our BAU pollution – our patient on the gurney — and uses this as the frame of reference is as absurd as a healthcare system that incentivizes ill health.

But Californians – and the rest of us — have access to a much less entrenched vantage point, one that’s a much more helpful guide, if we’re willing to break some new ground.

We can really do the math and start thinking in terms of cumulative carbon budgets.

We need to think about emissions from the bottom up, not from the top down, so to speak (I realize this is an idiosyncratic use of “bottom up” and “top down”):

If we do such and thus, how much will we be emitting? Here, the “such and thus” correspond to our positive vision of the communities we want to build or transform, as if we were planning healthy communities for the people we love.

If we do such and thus, how much will we be reducing emissions based on a quasi-BAU, imaginary, counter-intuitive, and counter-productive, projected “baseline”?

Here, the “such and thus” correspond to incremental modifications of the business-as-usual we think we’re stuck in, even though business as usual is a lie.